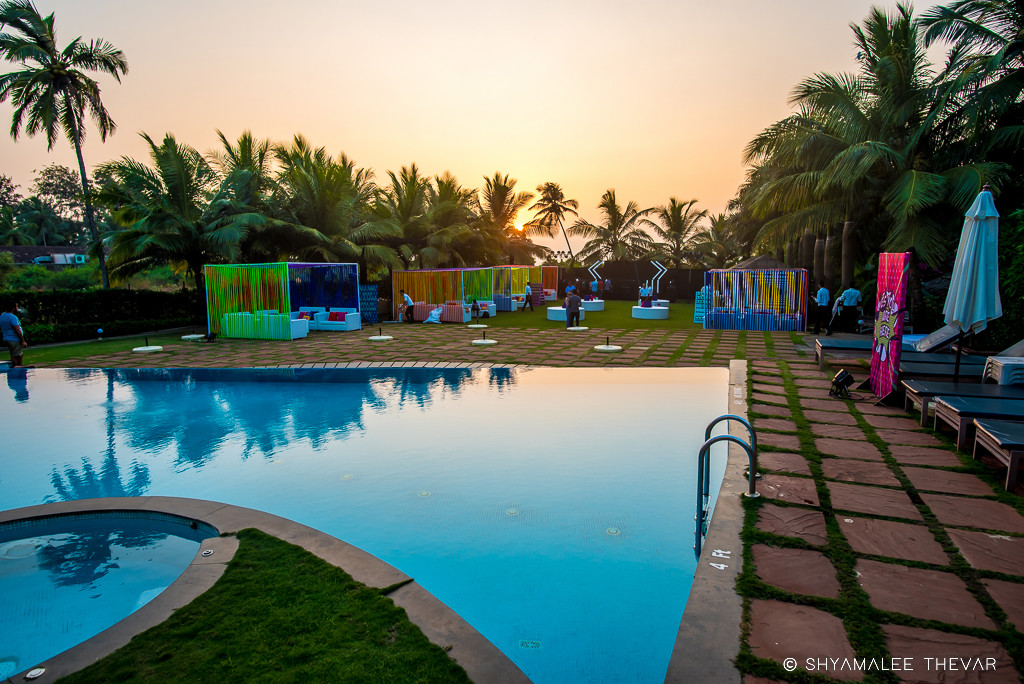 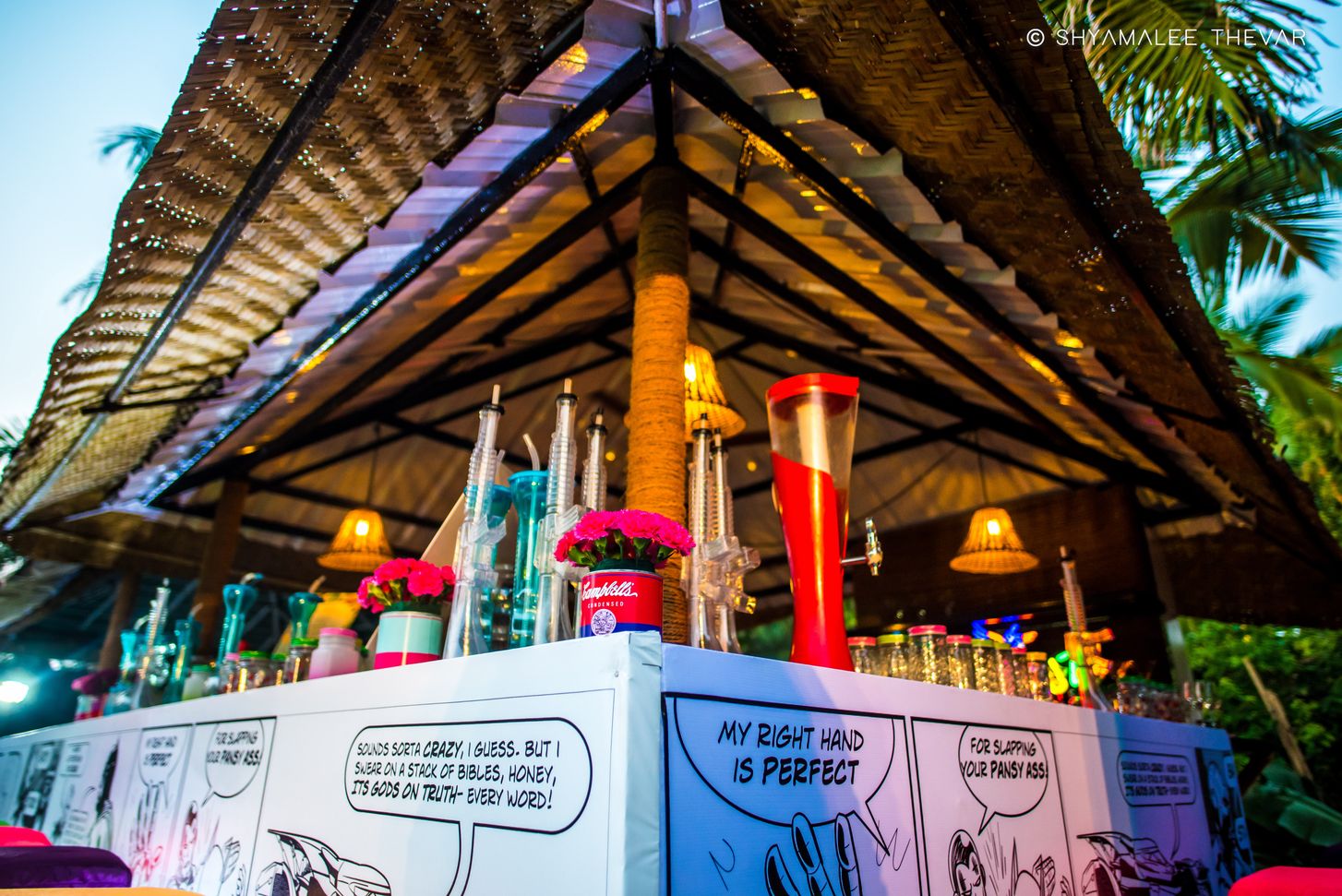 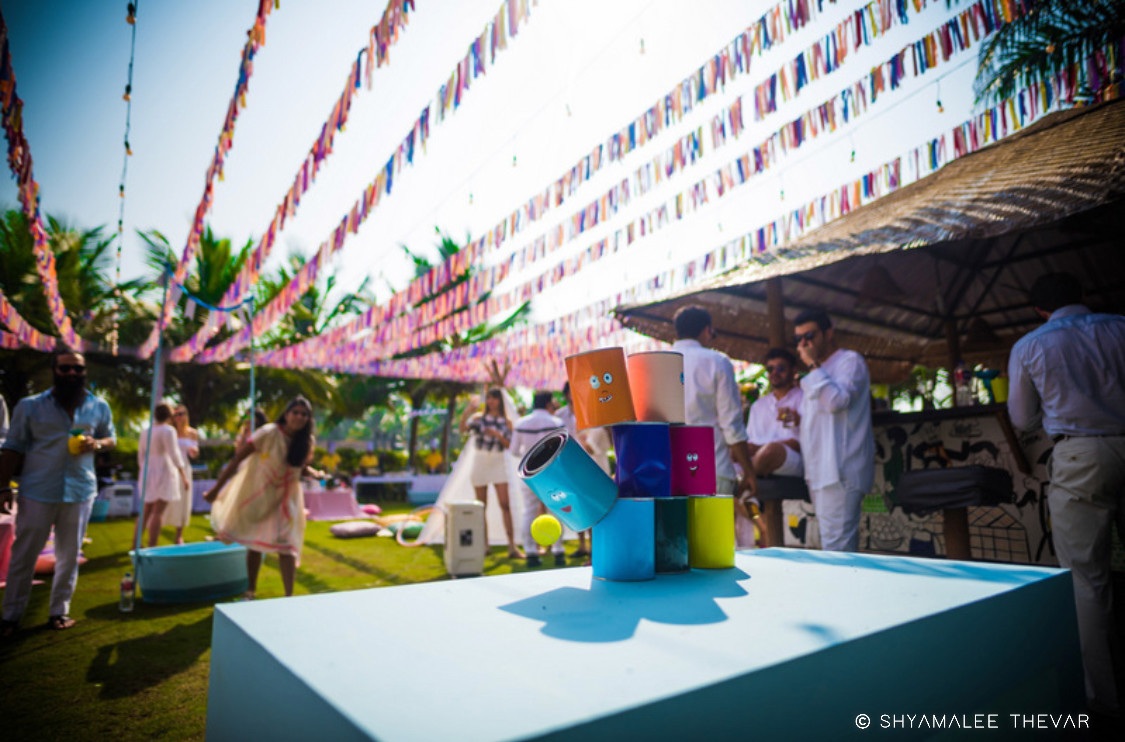 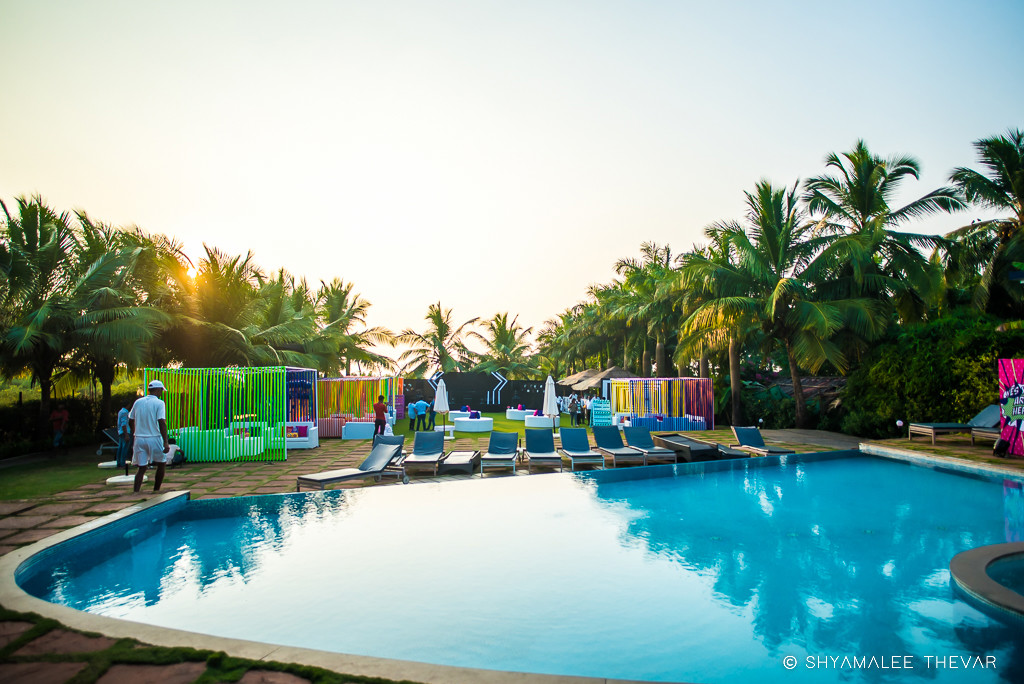 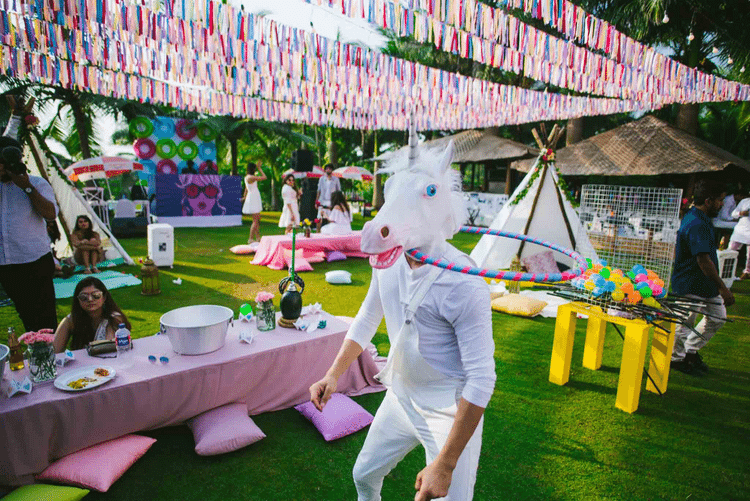 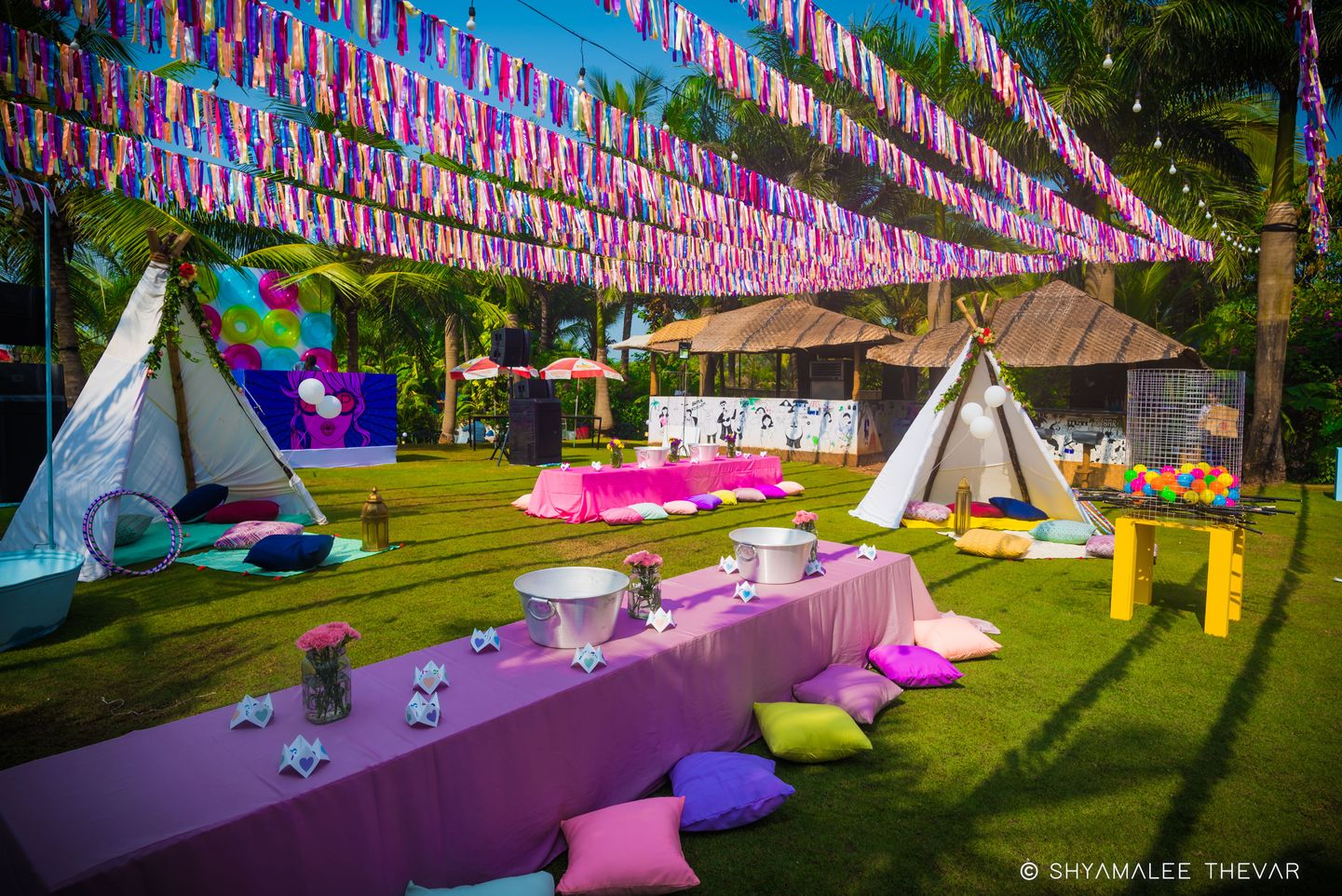 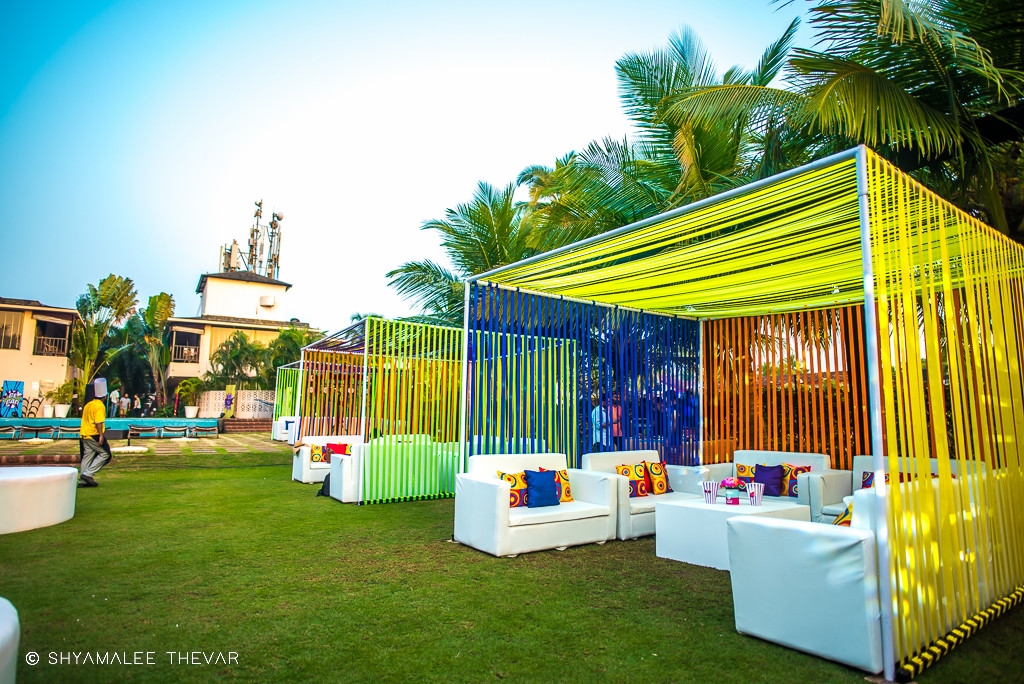 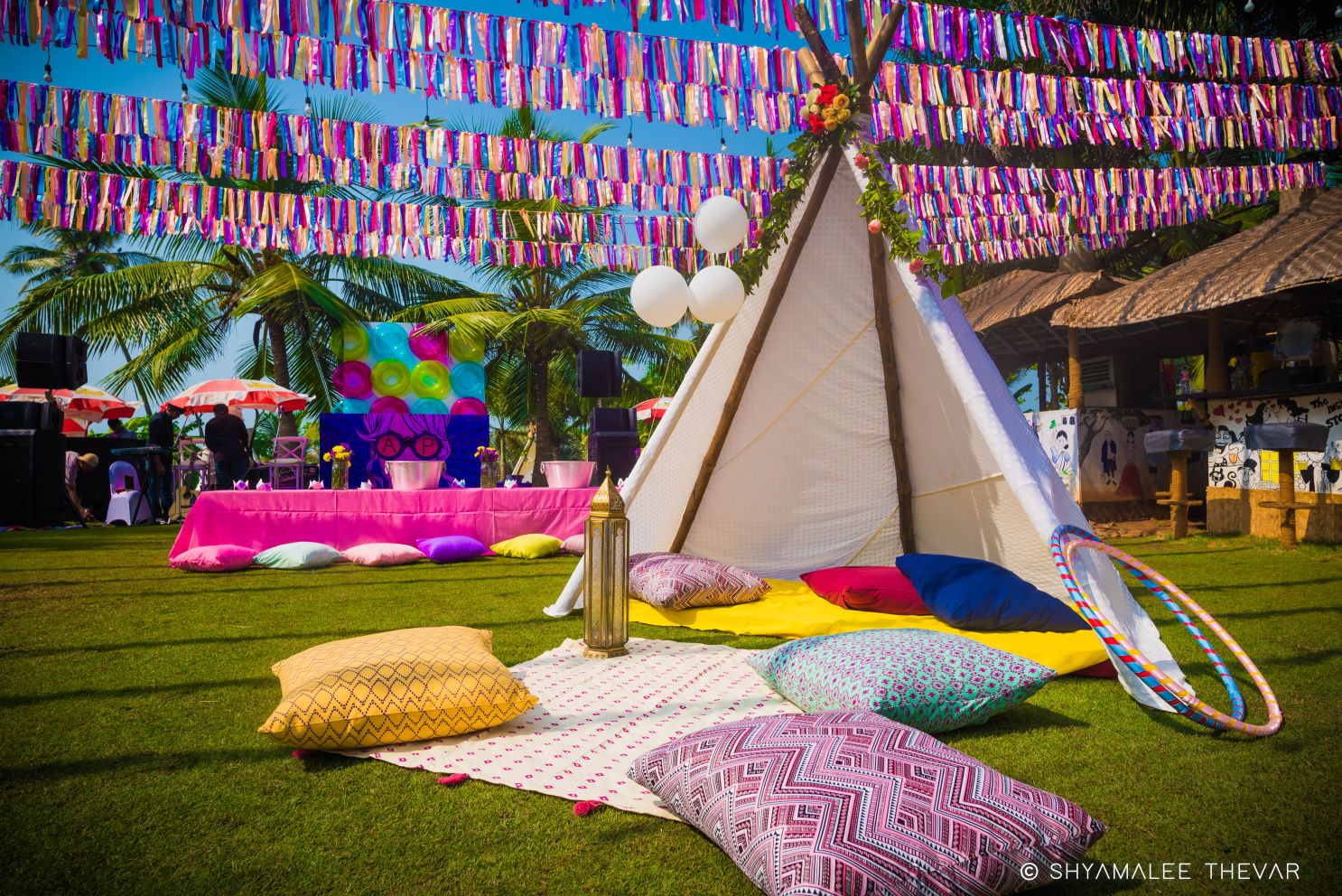 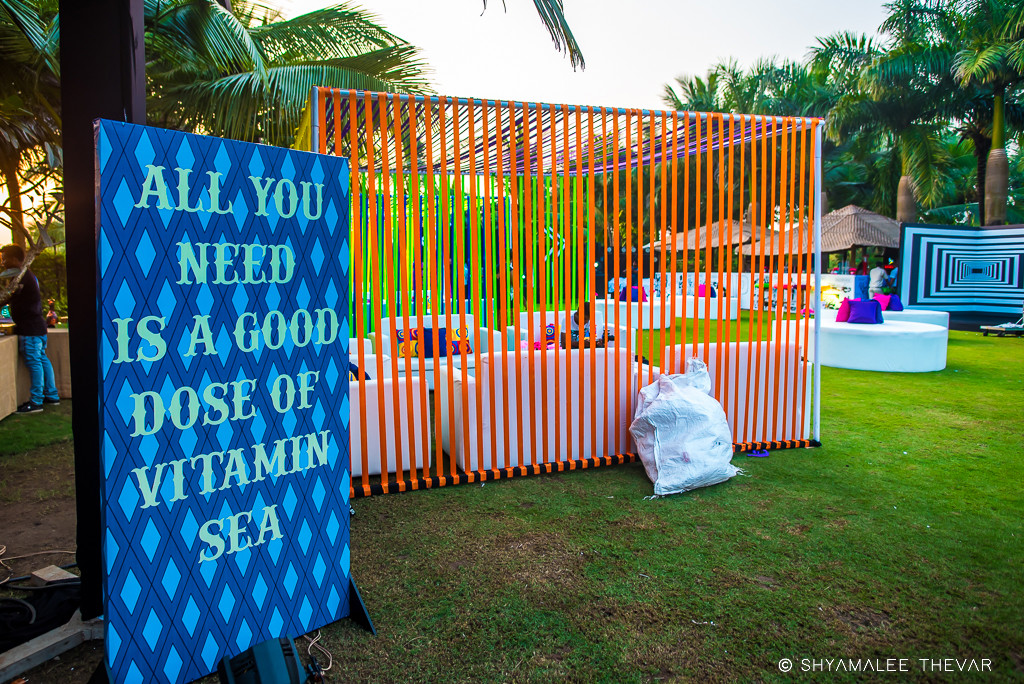 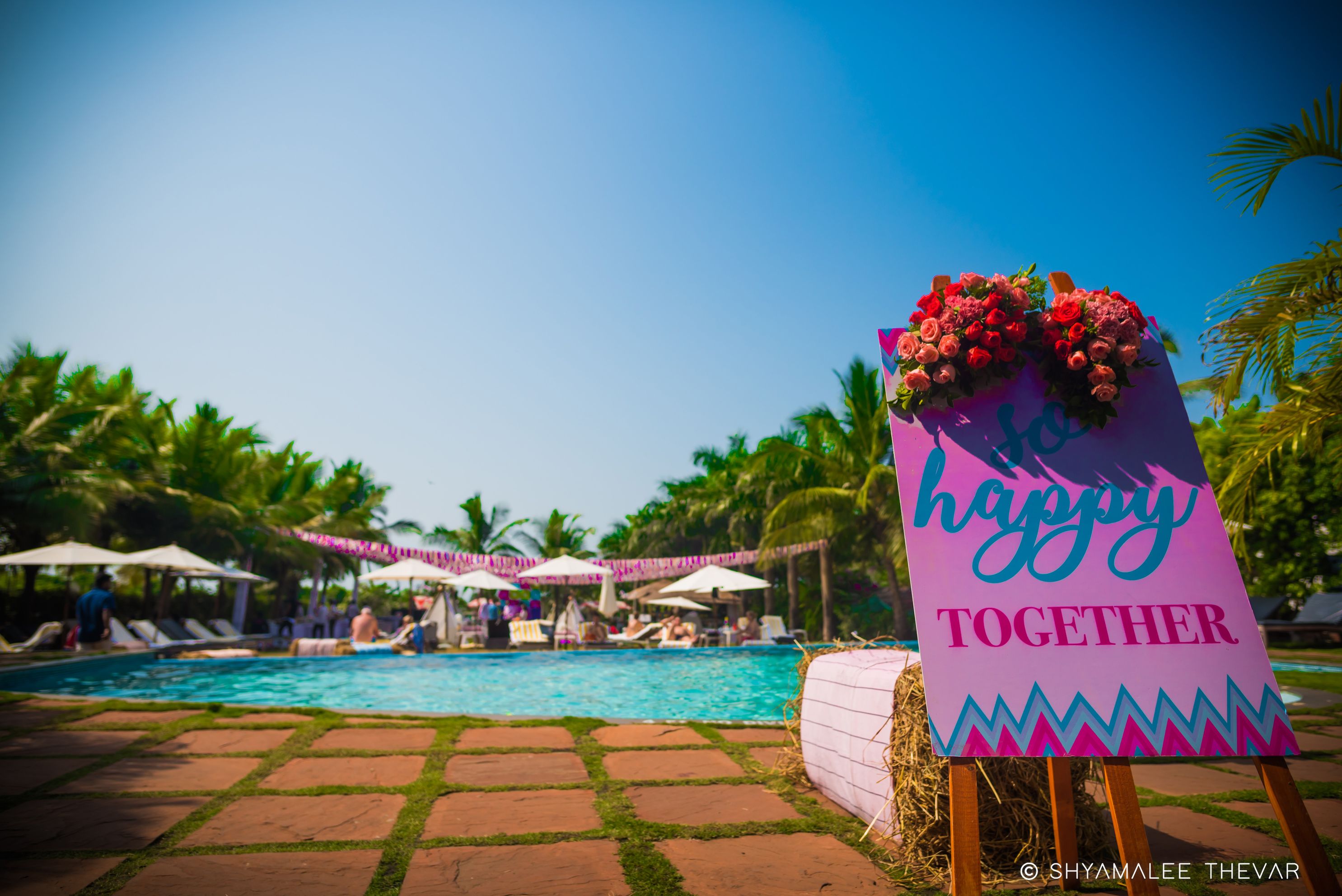 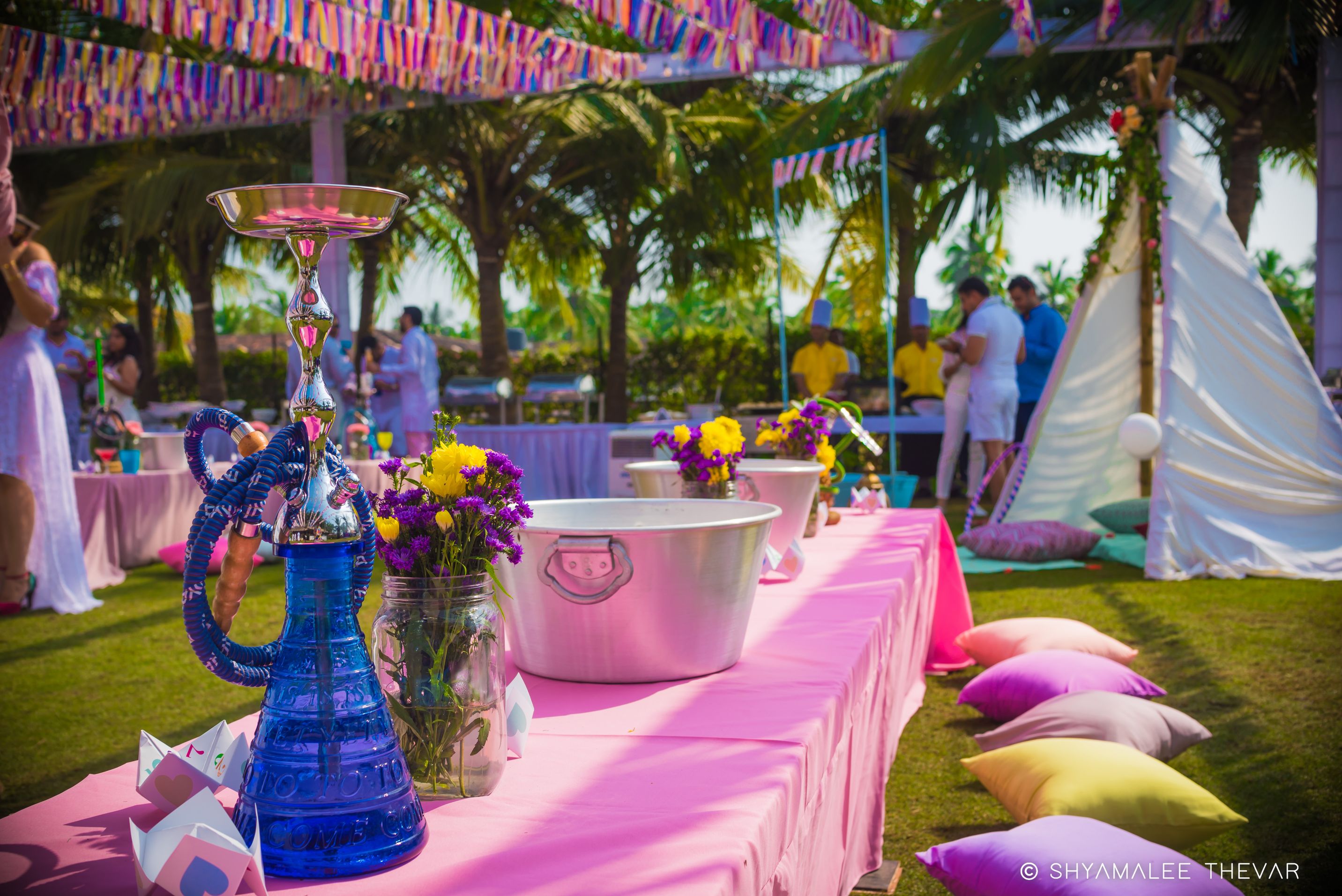 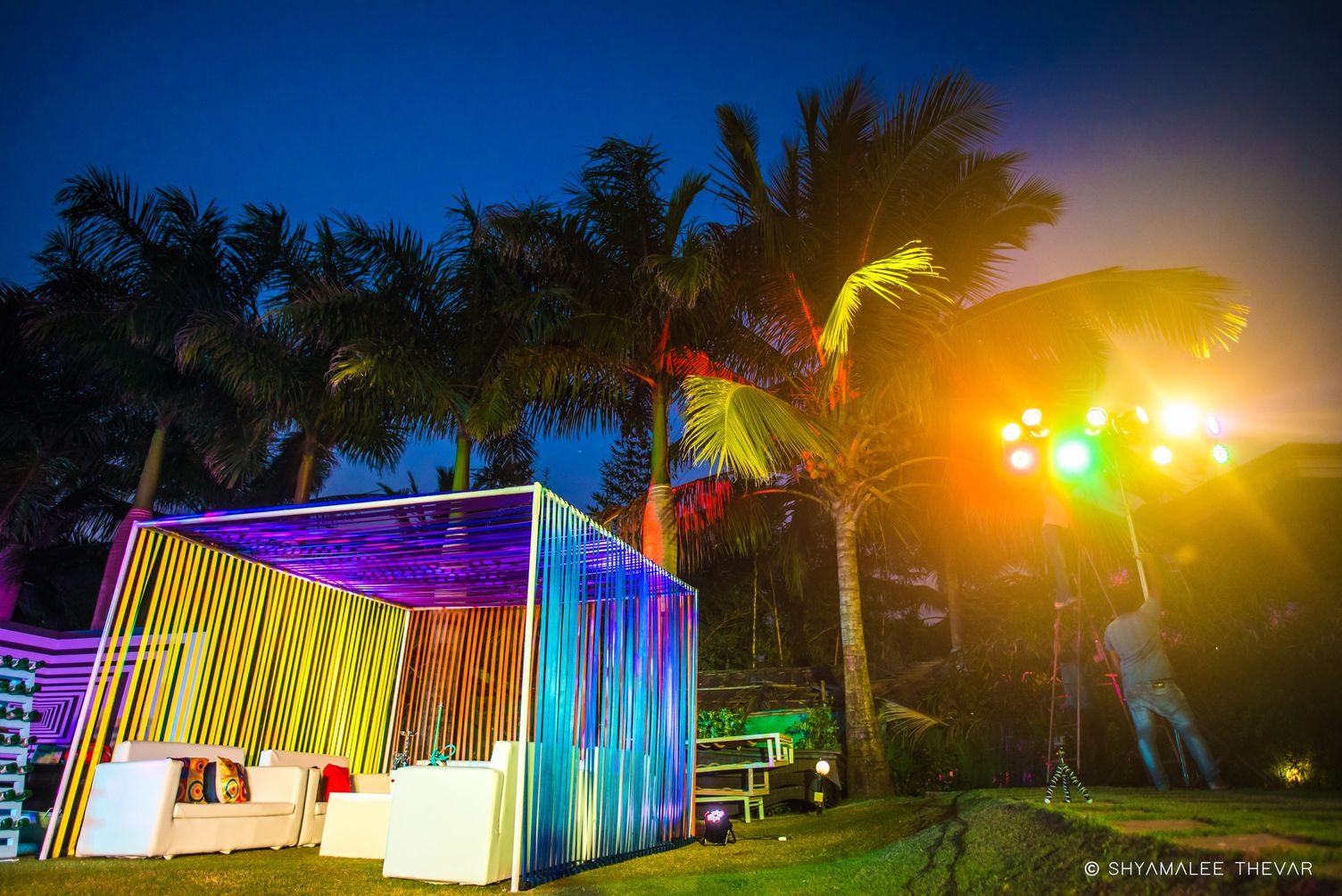 One of the coolest couples that we met, they were more than game for
experimenting with something new and different. This was a 2 Day Pre
Wedding celebrations held at the O Hotel (Goa), which had a sundowner and
an afternoon brunch.
For the sundowner the couple wanted to reflect a Music Festival look and feel
and that what exactly we came up with. Neon Tubes for the DJ console, a
Photobooth with an optical illusion look and feel to it and Psychedelic colours
were some of the elements we played with. The highlight however being a
Bar console that was a comic strip dialogue between Batman and Ironman – a
favourite of the bride and the groom. Funky dialogues and signage welcomed
the guests to the evening while neon coloured lounges were laid out for the
guests to have a perfect sundowner to.
For the brunch there was a mix of pastels and summer colours used to create
the perfect atmosphere. For seating there were teepees and rugs and long
tables with cushions. Lots of games were laid out in the entire space for the
guests to have fun with. The DJ Console had a cool float backdrop and a fun
print as its console.